When salvage yards find themselves leading the local news, it’s rarely a good thing. Salvage yards are a staple of local fire coverage for obvious reasons: lots of flammable materials and no shortage of heat and spark producing processes and tools, including the use of oxy-acetylene torches.

The use of acetylene torches for removing parts is a haphazard process at best — introducing an open flame to an environment full of flammable products and applying it in a small space without the ability to prevent the heating of adjacent parts. At worst it’s a fire starter.

One expert with a wide perspective on waste and recycling industry fires is Ryan Fogelman, vice president of strategic partnerships at Fire Rover, a fire safety solutions company. “We see a lot of fires that start from embers that will shoot off during hot work,” such as the use of torches, he said.

As founder and president of Induction Innovations, the Elgin, Ill.-based manufacturer of induction heating tools for vehicle and equipment repair, I pioneered the use of induction heating to create flameless tools for auto repair and recycling and agricultural equipment repair. My nearly three decades as an auto collision repair specialist had given me a front row seat to the hazards of working with torches and I knew there had to be a better way.

Many recyclers already use induction heating—Invisible Heat®—applied by the Inductor® Glass Blaster, which removes windshields, intact for resale, in a fraction of the time it takes using traditional wires or other methods.

Induction Heating: Fast, Safe, Consistent, Controlled
Increasingly, recyclers also use induction heating tools such as our Mini-Ductor® line to remove stuck, seized or frozen nuts, bolts and fasteners with speed (up to 75-90% faster than torches)—safely, with consistency and control. A key advantage of such tools, along with fire safety, is that there’s no risk of fire or heat damage to adjacent parts, so they can be sold for reuse.

Induction heating generates a magnetic field that travels through non-metallic materials. When the field encounters a ferrous (iron-containing and magnetic) auto part, a current is created. The current combines with resistance in the metal to generate enough heat to expand a ¾-inch or 19-mm nut red hot in 15 seconds, breaking its bond with a bolt or other fastener.

The Mini-Ductor line comes with coils to fit the problem part. The coils flex around corners to reach the crevices and tight spots a flame cannot. But the coil itself does not get hot. Localized on the part, the Mini-Ductor leaves its surroundings unscarred.

Cost savings realized by those who give up their torches for induction heat include insurance premium reductions of 10-30% on average and $250-$300 in savings on gas rental. But nothing quite reaches the level of savings associated with not setting your facility on fire.

Fogelman sees the Mini-Ductor’s fire prevention potential. “If you’re able to heat something without burning it or causing it to throw off sparks, it’s going to reduce fire risk,” he said.

Steve Wallace Jr., owner of Ill.-based Marengo Auto Body and Glass, has found the Mini-Ductor “tried and true” in eight years of using it instead of torches to salvage clips and components. “The Mini-Ductor is obviously a safer and quicker process,” he says. “We just grab it and go. We don’t have to worry about (acetylene) gas (expense and storage) either.”

To see the Mini-Ductor in use, head to this website — https://www.youtube.com/watch?v=K5EcZ3exRY8.

Other fire safety best practices
There’s a lot more to consider in order to prevent and contain fires in salvage yards, which must comply with codes in many U.S. and Canadian jurisdictions. One comprehensive example is the Ontario Fire Code at https://oara.com/wp-content/files/Fire-Code-illustrated-commentary.pdf. 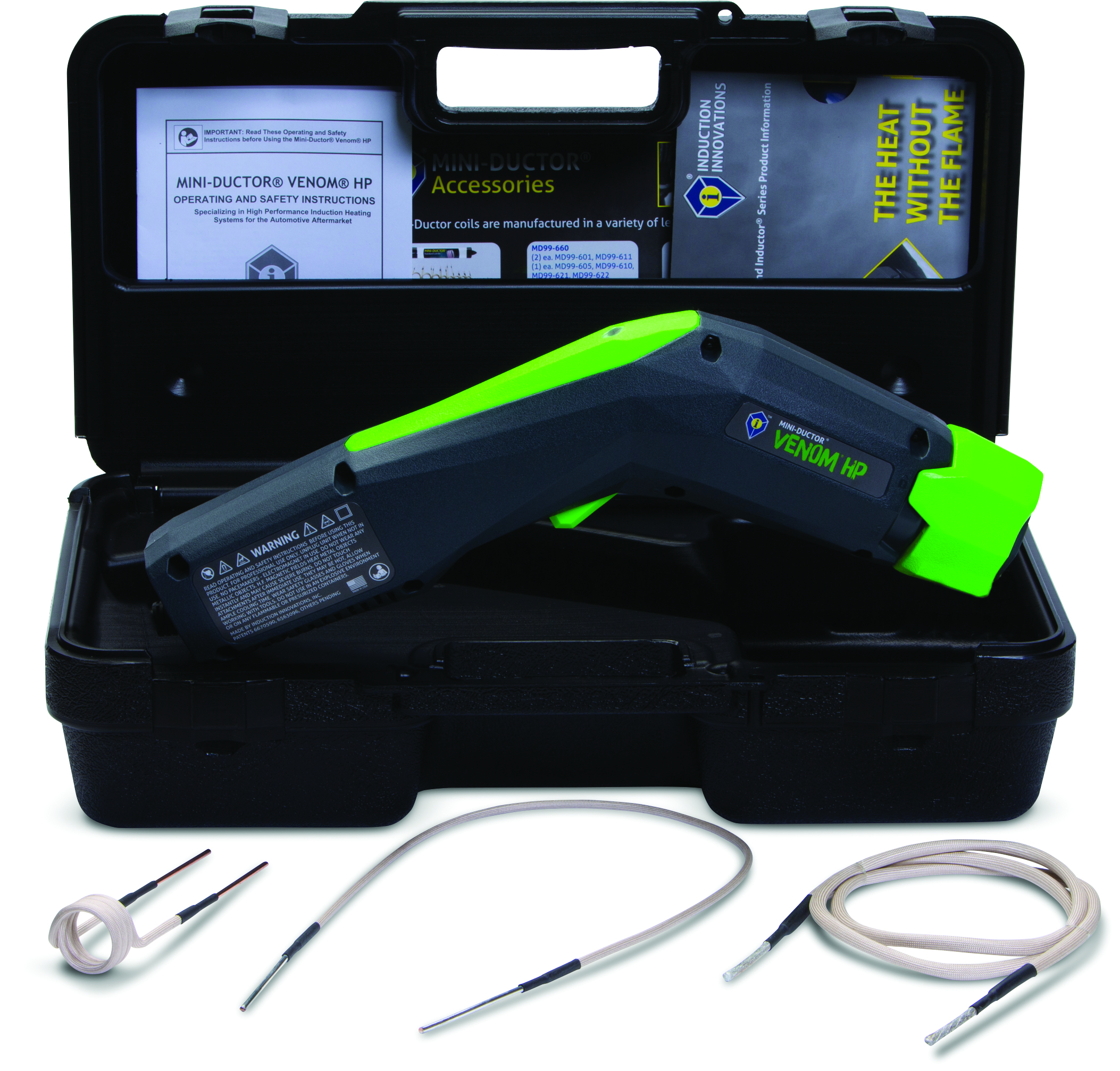 Ryan Fogelman and Jim Emerson, fire engineering manager at Starr Technical Risks Agency, went even further in creating their “Combinational Approach™ to Fighting a Waste & Recycling Fire” (https://www.linkedin.com/pulse/2019-report-annual-reported-waste-recycling-facility-fires-fogelman/). Their approach includes a list of best practices for waste and recycling facilities to follow, giving them the “best chance of catching and extinguishing a fire before a major fire incident shuts down your business.”

Tom Gough, Founder and President, Induction Innovations®, founded the firm in 2000 following 28 years as a collision repair technician. In the process of searching for easier and better repair procedures, Gough taught himself induction heat theory and adapted it to many applications in the automotive repair and recycling industries. Gough also serves as President and CEO of Circuits by US, a contract printed circuit board assembly house.